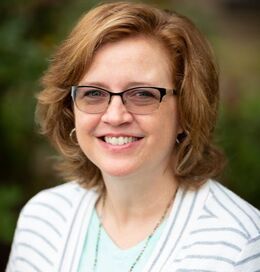 Alana graduated from Bridgewater College with a BS degree in Middle School Education.   She taught seventh grade Language Arts for nine years in Stafford County, VA, as well as   coaching girls' field hockey and track. Alana and her husband, Bill, have two children-   Colleen and David. After the birth of her daughter, Alana retired from teaching to be a   stay-at-home mom. In 1999, Alana and her family moved to Durham. Both of Alana's   children attended TPPK and their positive experiences at the preschool helped Alana     decide to join the TPPK staff in 2003 as the kindergarten teacher. Beginning in June   2015,  Alana became the Director of TPPK, now Triangle Grace Preschool.  Alana loves   to read, bake, garden, and spend time with her family.

Before moving to North Carolina with her husband, Jon, Andrea was a teaching assistant in an Early Childhood Family Education program for twelve years. She has been working with children of all ages since 1994 in a number of settings.  In her spare time Andrea enjoys reading, going for walks and the beach. 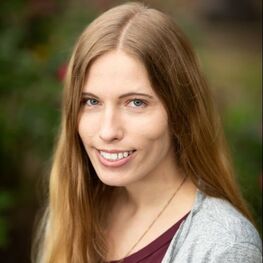 ​ Ellie was born in Michigan but grew up near Asheville. After graduating from UNC, Ellie   briefly moved to Los Angeles, where she held numerous odd jobs including post   production assistant, background actress, and nanny. Although LA was fun, Ellie missed   North Carolina, so she quickly returned home. She married Matthew in 2010, and they   have two boys (both graduates of Triangle Grace Preschool!) and a Boston Terrier. In her   spare time, Ellie loves reading, playing video games, and doing crafts.
Ryan Runestad - 3 year old Frog Team 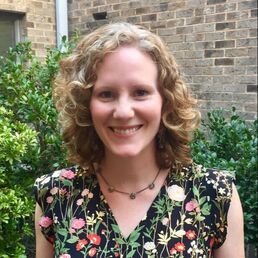 ​Ryan grew up in California and attended UC San Diego. Shortly after, she followed her sister to Chapel Hill where Ryan began teaching at the Frank Porter Graham Child Development Center. She then completed her Birth-Kindergarten teaching license at UNC, and married Bret. Soon after, she had her first of 2 children for whom she cared for at home. After both of her children aged out of Triangle Grace, Ryan began there as an assistant and worked for two years before joining the Frog Class. In her spare time, she enjoys spending time with her family and friends, running, and Jazzercise. 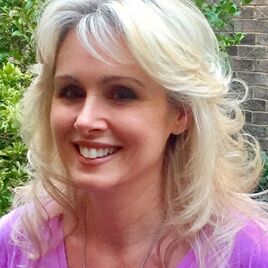 Originally from Pennsylvania, Amy attended the University of Pittsburgh and has been   working   with preschool and elementary aged children since 1994. After moving to   North Carolina in   1999, she worked as a Teaching Assistant in the Chapel Hill Carrboro   City Schools.  Amy and   her husband, Donnie, have two children, one who is a     graduate of TPPK.  This is her 10th   year as an assistant at Triangle Grace Preschool.     In her spare time, Amy likes going on   walks, baking, and hanging out with family. 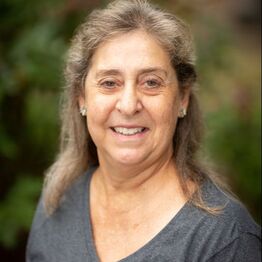 ​This is Ann’s seventh year at the preschool.  She began substituting in December 2015 and worked in the four year old classroom for two years.  Prior to joining Triangle Grace Preschool, she worked at a Chapel Hill preschool for ten years. She was an assistant there and worked with all preschool age levels.  She has a degree in education from Wisconsin where she taught before moving here with her husband and two children almost twenty years ago.  Her children are married and she has two grandchildren.  During her summers Ann teaches swim lessons. 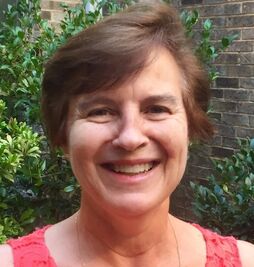 Julie has been involved with Triangle Grace Preschool since the fall of 1997, back when it was Triangle Presbyterian Preschool.  She began her time with Triangle as a parent, then as a teacher.  Her experience with us also includes being a substitute teacher, a 3’s teacher, teaching gymnastics to our students, and teaching Chapel lessons.  Julie has been the Fish (4’s) teacher since the fall of 2004.  Julie is married, she and her husband Vin have two children.  Jessica (married to Kennedy) and Ian, are both graduates of our preschool.  Julie’s love for working with children began as a gymnastics coach many years ago.  Julie and her family enjoy spending time together whether it is eating out, going to the movies, spending time at their cottage in Michigan, or just hanging out.  Julie is a member of Triangle Grace Church.

Celebrating 20 +2 years with our preschool! 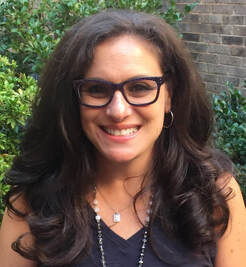 Julie, a graduate of NCSU, taught Language Arts and Social Studies in Orange County Schools.  Julie’s certification is in Middle Grades Education with speciality in Language Arts, Social Studies and Academically and Intellectually Gifted.  Julie and Joe (her high school sweetheart and husband) have 2 children, Felicity and Joseph.  Felicity is a graduate of Pomona College in Claremont, California.  Joseph is a sophomore at UNC Asheville in Asheville, NC. Both children are graduates of the preschool.  Julie joined the preschool staff in the fall of 2003 as a kindergarten assistant.  Julie enjoys practicing hot yoga, spending time with her two poodles, Cocoa and Cupcake, and playing trivia games. 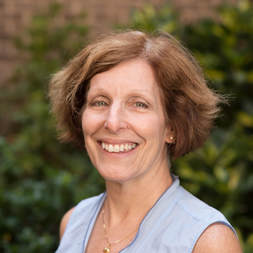 This is Kathy's seventh year in the Bear classroom. Prior to joining the preschool, she had over 13 years experience teaching four-years-old. She has an Associate Degree in Early Childhood.  Her family includes husband, Tom and three adult children (two daughters and a son), their spouses and eight grandchildren!! She enjoys walking in her neighborhood and on the trails, listening to music, going to the beach, reading but most of all spending time with her grandchildren.

​Ledda holds a Master of Music degree in Choral Conducting  and a Bachelor of Music degree with a major in Flute and Music Education & minor in Piano from the University of Sto. Tomas, Manila, Philippines.  She was a music professor for almost 15 years teaching grade school to university level. She has traveled in various countries (17 U.S. states, Germany, Netherlands, Switzerland, Taiwan, Korea, Hong Kong, Malaysia and the Philippines) with different singing and performing groups as part of their concert tours.  Her passion is to help musicians develop their full potential in music and be able to share it with the community and the church. She strongly believes that values can only be overhauled through music and arts thus making all
​those who are "musically inclined" be better citizens and servants of Christ.